While Syrian rebel leaders have become household names across the Middle East, the opposition’s civilian leadership inside Syria has remained in the shadows. Their survival required maintaining anonymity, staying deep underground while organizing Local Coordination Committees and provincial Revolutionary Committees to coordinate the import of food and fuel, establish schools and hospitals, publicize regime atrocities, organize local elections, and generally begin the process of establishing governance in liberated regions.

Rebel groups are involved in many of these activities as well, sometimes in partnership with the unarmed opposition structures and sometimes on their own. The problem is that the rebel leaders have been the only ones publicizing their efforts to provide for the Syrian people and establishing themselves as charismatic leaders. If this pattern continues, rebel leaders will be positioned to become the dominant political leaders while the civilian opposition leaders emerge from the shadows too late to build national networks of popular support.

Fortunately, the civilian opposition leadership inside Syria is beginning to emerge from the shadows as the regime contracts. The Idlib Revolutionary Council has been out front of other councils, publicizing some of its members in mid-July. The council recently held elections, bringing in a new leadership. Not only has the council publicized the names of the election winners, it has also posted their pictures. Despite their emergence from the underground, the civilian leadership does not appear to be cultivating a popular following through displays of charismatic leadership. This may change, however, as Syria’s internal civilian opposition becomes comfortable operating in public. 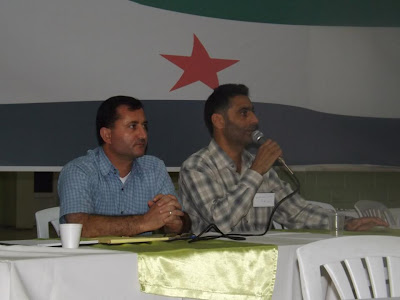 Posted by Asher Berman at 8:45 PM No comments:

The Syrian Rebels' Use of Social Media

The Idlib Tawhid Brigade Should be Monitored


The International Crisis Group released a great report last week detailing the evolving role of Salafists in the Syrian civil war. The report identified rebel groups with Salafist leanings whose future activity require monitoring. One group not mentioned in the report but worth watching is the Tawhid Brigade in Idlib Province (a different group than the Aleppo-based Tawhid Brigade).

As the report points out, establishing the exact ideology of a Syrian rebel group is difficult. Most do not explicitly outline their worldview and some have adopted positions simply to gain favor with donors. Although the Idlib Tawhid Brigade has not publicly defined their ideology, there is evidence indicating that they are toward the Jihadist-Salafist end of the Islamist spectrum.

The Idlib Tawhid Brigade formed in mid-May by uniting several rebel cells near Idlib city. In a statement dated July 7, the Tawhid Brigade defined themselves as an independent group, separate from the Free Syrian Army (FSA), and defined their mission as supporting religion. They also posted an al-Arabiya interview with Sheikh Aid al-Qarni, a Saudi cleric who preached in support of attacks against American troops in Iraq. On October 1, the Tawhid Brigade claimed to carry out a joint operation with fighters from the jihadist group Jabhat Nusrah, attacking two regime positions near Salqin. It should be noted, however, that the connection between the Idlib Jabhat Nusrah and the Jabhat Nusrah units carrying out large-scale bombings in Damascus and Aleppo is unclear. The following day, the brigade posted a video of a joint operation with the Salafist group Ahrar al-Sham in which, what appears to be a suicide bomber detonates a motorbike at a regime checkpoint near Idlib city.

In addition to working with Salafist groups, the Tawhid Brigade regularly carries out operations with FSA units, particularly the Shuhada Idlib Brigade, which is considered the armed wing of the Idlib City Revolutionary Council. Currently, the Tawhid Brigade is laying siege to an air defense station near Salqin in conjunction with units from Jabhat Nusrah, Ahrar al-Sham, and Deraa al-Thawra. The Idlib Tawhid Brigade also has links to the Muslim Brotherhood which is a major funder of the brigade.

While defining where exactly the Tawhid Brigade sits on the Islamist spectrum is difficult, the fact that they carry out suicide attacks, have links to Salafist groups, explicitly reject affiliation with the FSA, and emphasize their religious roots more than your average FSA group, all point toward the brigade being a rebel group worth monitoring. 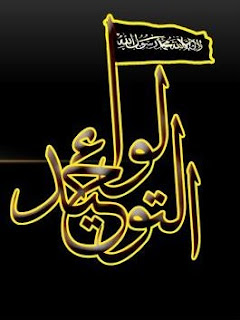 Posted by Asher Berman at 2:16 PM No comments:

The Fight for Northern Idlib Province


An explanation of the fight for northern Idlib Province. Includes a look at the battles for Harem, Salqin, Bab Hawa, and Idlib city and explains the roles of major rebel groups including Farouq al-Shamal, Shuhada Idlib, the Tawhid Brigade, and Deraa al-Thawra.
Posted by Asher Berman at 3:45 PM 1 comment: